I’ve always been a fan of both Windows and Linux. Each have incredible strengths and weaknesses, and although enough time and effort could be spent consolidating on one platform – It would be very hard for any IT engineer today to not know the other.

So I’ve always ran both side by side, keeping the knowledge fresh in both camps. Recently however, Microsoft have made a couple of leaps to ease that consolidation with the pending release of Windows Subsystem for Linux 2 (“WSL2”) and more stylishly – The Windows Terminal preview.

Since the early days of Gnome and KDE, it’s always been cool to have a slightly transparent command window with a cool background. Linux made that easy, Windows did not. Even in the early days of desktop environments back in the late 1990’s – fighting with a half-baked KDE was still easier then hacking command.com (not the website) to display cool Matrix green. Today however, you can head over the to Windows store and get yourself a copy of the Windows Terminal app. I highly recommend checking this out.

For you of simple needs, it’s got tabbed command windows. But the best thing, is integrated consoles from PowerShell, Azure and even Linux (if you install WSL). 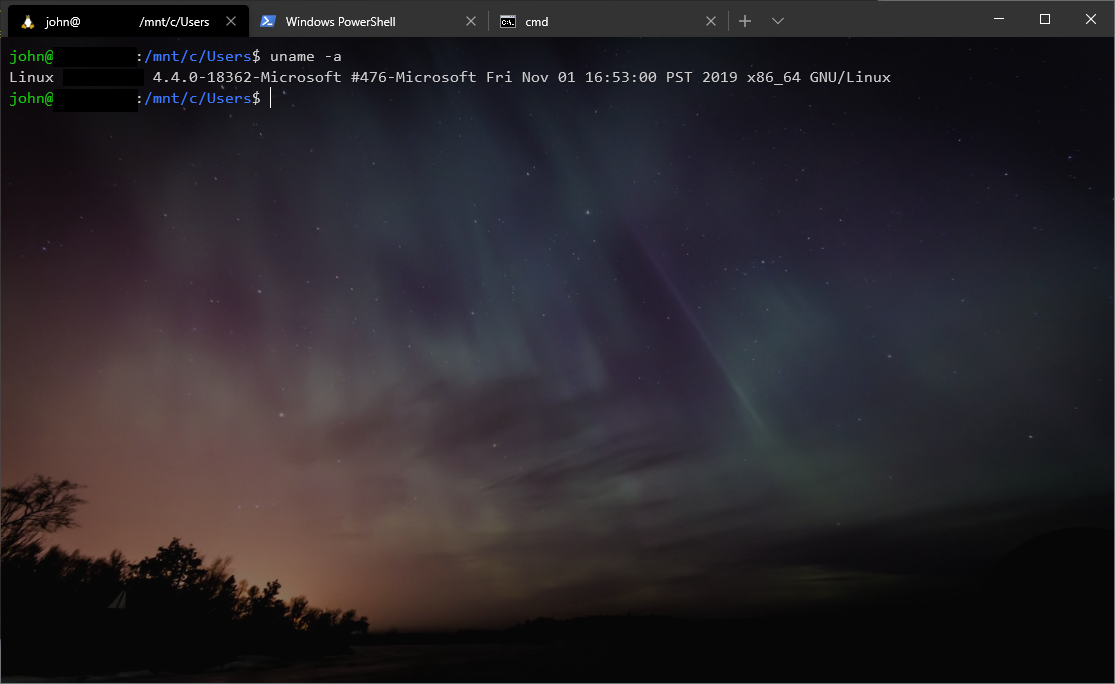 Furthermore, it’s highly customizable via a JSON configuration file. You can now add custom backgrounds, transparency, and even key-bindings to cause split screen terminal windows and duplicate sessions.

The configuration takes some getting used to, but is documented here

DNS over HTTPS or DNS over TLS?

Enterprise Mobile Management; MDM vs EMM vs UEM vs MTD vs MARS